USD/CAD: ahead of the Bank of Canada meeting 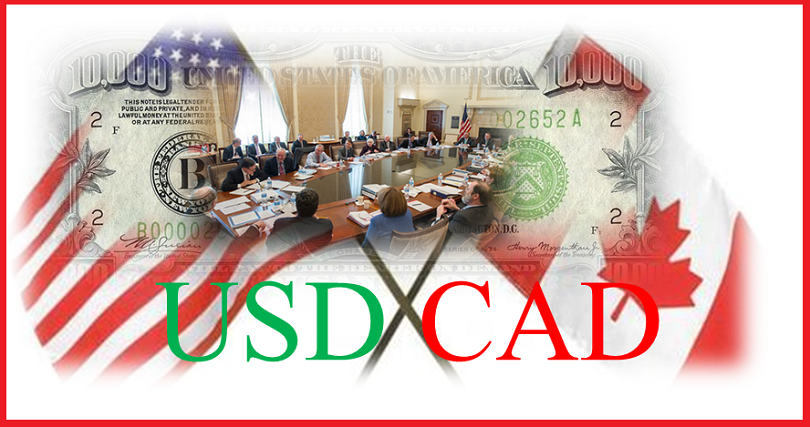 The dollar again hints that it stopped declining, at least stopped it. The DXY dollar index, after reaching a new local almost 3-year low near 89.16 mark at the very beginning of 2021, stabilized in the zone above the support level of 90.00. DXY futures are traded at the start of today's European session near 90.23 mark, just below today's opening price at 90.27 mark.

The yield curve for US government bonds also maintains an upward trend.

Sales of bonds and purchases of shares were also driven by an increase in the US government debt.

At the time of this posting, the US 10-year bond yield is 1.104%. In August, their yield was at the level of 0.504%. Investors remain confident in the resilience of American institutions of government and in the American economy by withdrawing from defensive assets and investing in the profitable and risky assets of the American stock market.

After the major US stock indices hit a local bottom in mid-March as a result of a market crash amid the outbreak of the coronavirus pandemic, from late March - early April, stock indices have been in a steady uptrend, which, to the greatest extent, has been facilitated by emergency and large-scale stimulus measures from sides of the central bank and the US government.

According to the minutes of the Fed's December meeting published last Wednesday, the leaders of the US central bank have reaffirmed their commitment to maintaining current monetary policy, expressing the collective opinion that low interest rates, close to zero, will persist for several more years as at least until 2023.

At the same time, the leaders of the FRS also admitted that the expansion of the volume of quantitative easing in the form of purchases of government bonds at this level is not required. And if the new administration of the White House of the newly elected US President Joe Biden really accelerates the introduction of new stimulus programs for "trillions of dollars", as Joe Biden said, then the expansion of stimulus programs from the Fed, according to economists, may not be necessary. At the same time, generous stimulus from the US government will help the economy recover faster from the coronavirus, which will also support the dollar.

Whether the FRS is going to continue and in what volumes to buy debt securities will probably be clarified today by the head of the FRS Jerome Powell. His performance is scheduled to start at 17:30 (GMT). One way or another, the Fed and its head Powell remain the main "market-and-newsmakers" at the present time. If Powell's speech is optimistic, and he says that there is no need to expand the $ 120 billion program of asset purchases, then the dollar could strengthen. Powell's more cautious rhetoric and his penchant for a softer Fed monetary policy are likely to put renewed pressure on the dollar.

Next week, 4 of the world's largest central banks will hold their regular meetings on monetary policy issues, including the Bank of Canada.

On the eve of this meeting (January 20), the Canadian currency remains stable in the foreign exchange market, including in the USD / CAD pair, which continues to decline towards the lower border of the descending channel on the daily chart passing through the mark of 1.2600 (see Technical analysis and trading recommendations).

At the same time, the Canadian dollar also receives support from the continuing positive dynamics of oil prices. As you know, Canada is the largest oil exporter. A significant part of the country's budget is formed from the receipt of export earnings from the sale of oil, and the growth of oil prices, accordingly, has a positive effect on the Canadian economy and its national currency.