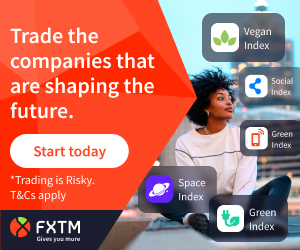 Many people see Bitcoin trading as simply buying it and praying to God for the price to increase eventually, however, there’s much more to it.

Today, the biggest profit in the crypto market is to be made through short lasting trades - specifically, day trading.

With day trading, you can take advantage of the smaller movement prices that get overlooked as you study the long-term trends of the industry, which can be stagnant for some time and therefore not suitable to long-term holders.

On the other hand, trading with charts that are smaller timewise opens the door to more profitable trades thanks to the movements being more significant.

1. Advantages Of The 1 Hour BTC Chart

First, take a look at this weekly chart: You can spot just a downtrend with brief spikes from 2018 onwards, but they are hard to catch, aren’t they? Now, let’s take a look at a 1 Hour chart:

As you can see, 2018 looks like a stalling market to those who place their trades for the long-term, but the 1H chart lets you spot many different opportunities - 24 hours per day, to be precise.


Both benefits could turn the other way around, but an experienced trader can really know how to take advantage of this.
2. Best Indicators For 1 Hour Crypto & BTC Trading

When it comes to trading the 1 Hour chart, momentum indicators are still very relevant, as it becomes much more difficult for the indicators to become compromised or liable to significant errors.

Therefore, the first indicator of our choice is, of course, the MACD. Let’s take a look at this trade: Here, I entered the trade at the 6540 mark, after the MACD indicated growing momentum at the bars below - fairly standard so far. The interesting part comes at around 6590, where I almost panic-exited the position after seeing those big red candles.

Luckily, the MACD below showed me no crossovers (GREEN arrow), so I didn’t have a reason to believe that a reversal was going to happen.

But at the blue mark, 6640, we were at the end of the upside swings, and as you can see - the MACD confirmed with a downwards crossover soon after that and the trend plummeted.

Also, the MACD histogram switched from positive numbers to negative numbers. This was my exit point - around 6620. Very nice profitable trade here.

Lastly, no momentum indicator list would be complete without the RSI. Here you have a flawless trade performed with this tool: Here, I place my trade on a seemingly bullish trend because my RSI indicates that the market is overbought (right there at 70), so I expected it will reverse soon. Also, the market was in general in a sideways direction - the green bullish candle broke the sideways trend, but it becomes immediately overbought based on the RSI. So this validated my expectations that the breakout will most probably be a fakeout.

With that in mind, I placed a SELL order aggressively right after the big bullish candle closed and the next candle started moving downside further confirming my expectations.

The entry price was at 6620. There were no resistances above, so I had to go with the way of fixed value stop-loss only. So I set $20 Stop-Loss to protect my trade.

​And then the market started trending downwards!

I decided to ride the trend for a bit until the last big candle. After some regular checking, I see that the price had plunged below the 30 level of the RSI and it’s now receding (the market became oversold), so I happily close my position with 95 points profit in my pocket! The exit price was at 6525.

These are my easy and favorite techniques and indicators for trading the 1-hour chart. Of course, it's a good idea to combine both indicators - the RSI and the MACD together - or even combine it with Price Action and chart patterns that we have described in other articles on our website.

​To read about more strategies to trade cryptos and Forex, look at our BEST SYSTEMS section or scroll to the bottom of the Fx Trading Revolution website where all the most important content is listed.